EVO 2018 is almost here and fighting fans from all across the world will need to get as much information as possible on the brackets, schedule, ticket prices, and what games are being played in order to best organize their viewing time.

This weekend is going to be packed full of events at the Mandalay Bay Convention Center, and with doors opening at 8:00 AM each day, participants will want to get there early to ensure they get a good seat, or wake up a bit early to make a coffee before the stream begins.

Before the event actually starts, event-goers will want to swing by the badge pickup, located at Bayside C of the convention center. Badge pickups only operate in small windows:

Click the image below to see an expanded version. 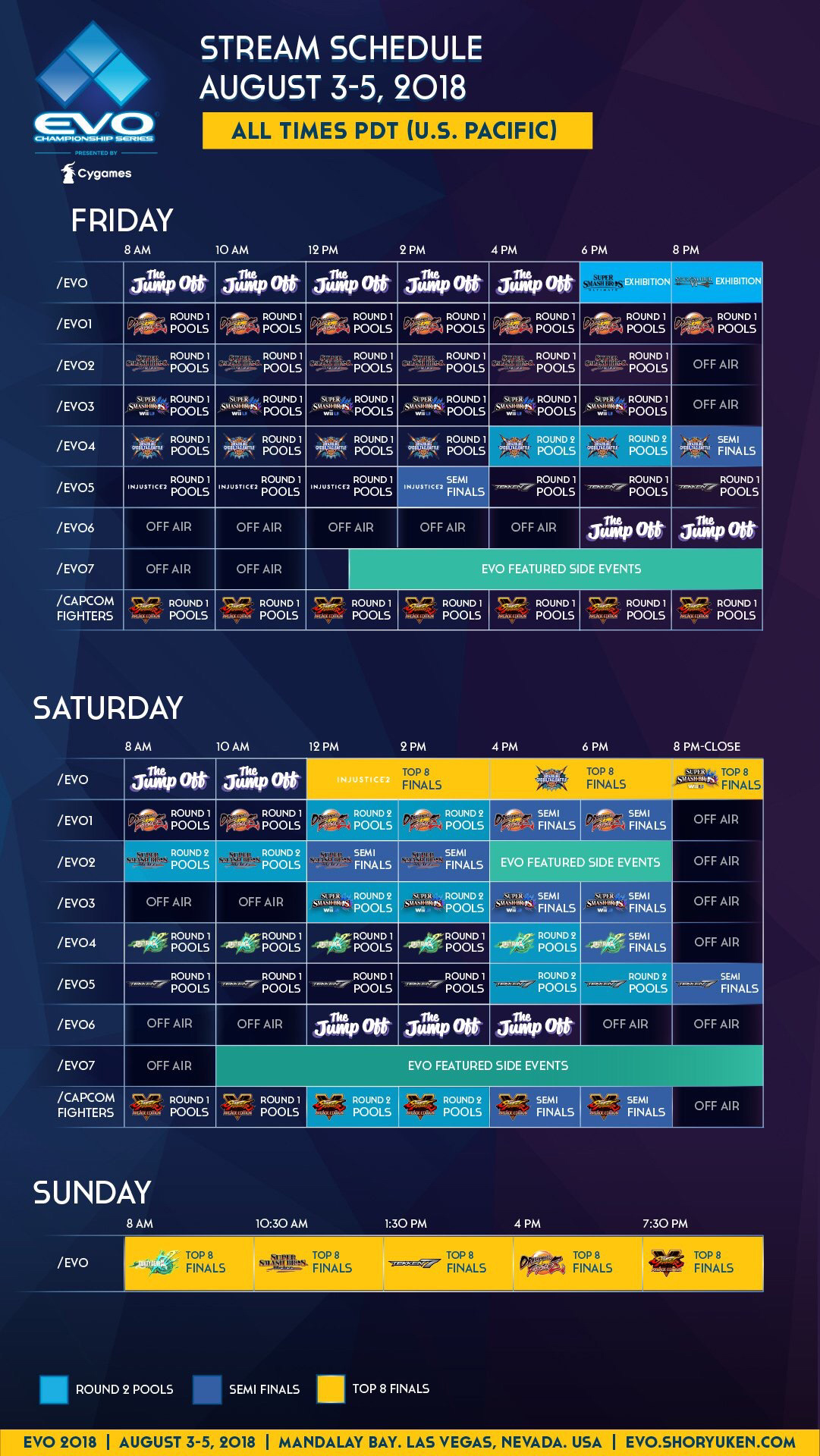 For the fighting game fans out there who want to be present for all the combo-smashing fury, tickets can be purchased through the official EVO website. It’s important to note that there are a few steps in place for spectators and competitors alike. Everyone will need to register for the event, and those who want to attend the Sunday finals will need to purchase a separate ticket.

Tickets for the finals range in price from $48 to $97, though this close to the event it’s likely that only the cheaper tickets remain.

There are eight fighting games headlining this year’s EVO Championship, with each expected to draw huge crowds both in the arena and on stream.

This year’s EVO 2018 brackets have yet to be revealed, but check back soon as we’ll be sure to update once that information goes live.

There’s a lot to look forward to at EVO 2018, and with so many matches being played, be sure to check back with Shacknews for the latest results out of the tournament so you don’t miss a thing.