Wargaming's free-to-play game World of Tanks has thrived in a huge way on PC and has a strong presence on consoles, but the studio recognized a major opportunity for growth there. The PS4 and Xbox One communities have different expectations and desires from the PC gaming community and one of those is a strong single-player or cooperative campaign. Mercenaries is the expansion to World of Tanks that launched on June 26, 2018, and aims to address the desire for a narrative experience in World of Tanks. I attended a press event in Minnesota where I was able to discuss the conception of Mercenaries with narrative designer Darold Higa and get a better understanding of what new and old players can expect from it.

“We’re all console players," Higa says. "A single-player experience has always been a part when you have a multiplayer game. So we knew we were going to shoot for that at some point. The community kept saying ‘hey, we want more tanks’ and they reacted very favorably to the fact we introduced characters in War Stories.”

The World of Tanks team originally teased the world of this expansion via a War Story called Spoils of War. Before that, the team was flirting with the idea and building the infrastructure to sustain it. The launch of Mercenaries essentially was a result of the favorable response to Spoils of War.

“The tanks are still the main focus and our characters, but now we can bring in this universe that has these colorful and cool and interesting characters. And the players like that! That’s how it kind of expanded," he says.

With World of Tanks focusing so heavily on historical accuracy when it comes to the tanks themselves, it was only a matter of time before the team ran out of material. Introducing a world of mercenaries that have no particular loyalty to a nation opens the floodgates on creativity for players and the design team, allowing for vehicle parts to be mixed and matched onto a custom tank. While this is obviously a perfect evolution to the gameplay experience, one that extends the life of World of Tanks for the players, it's not a complete departure from the game's relation to real life events and tanks. 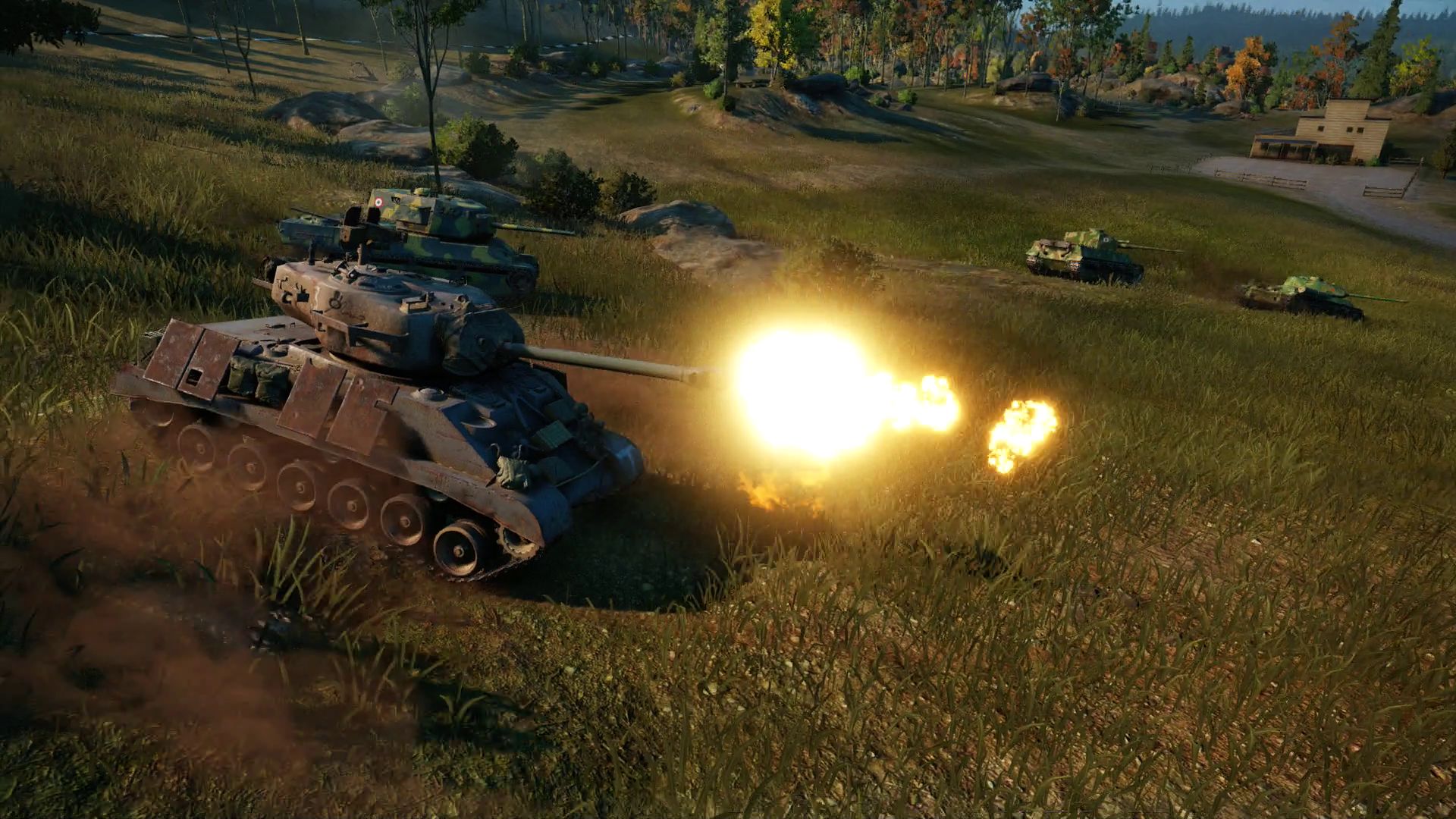 “Historically it was done," Higa tells me. "For instance, after the war, the French had to fight a conflict in Algeria and they had a bunch of surplus of American chassis but it didn’t have a big enough gun. They had a tank gun that was more suited to what they needed because of that they ended up hybridizing two of these tanks. The Israelis did this too.”

“It’s usually not the major tank producing nations. They don’t need to do that. They design a new tank. But what a lot of other countries were doing was saying ‘hey, let’s take this WW2 surplus’ or ‘let’s take these things that we have available like captured tanks or whatever’ and we’re going to convert them into something that we use in a more modern setting. That’s kind of the historical inspiration but some of our community said it’d be really cool if you had these hybrid tanks and since they’re from no ‘one’ nation why not make them mercenaries.” 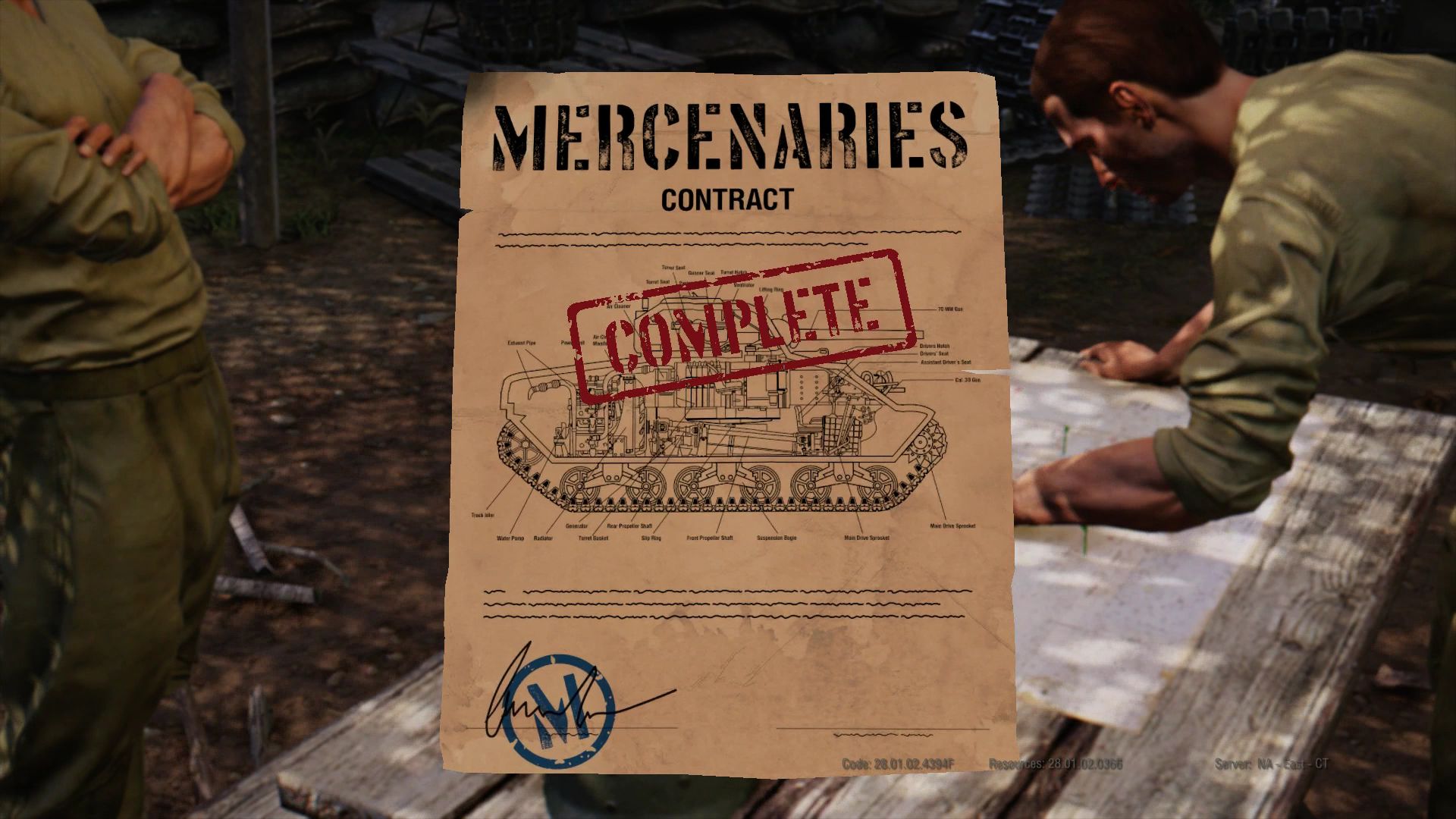 If you've already been playing World of Tanks, you've probably more than enough time and experience to dive into the Mercenaries narrative on PS4 and Xbox One. What about new players? Is this an end-game experience that they'll have to grind for? Not at all. The Spoils of War experience will be available and serves an introduction to the Mercenaries world, which will be available to you in full pretty quickly. Higa does recommend new players get a feel for the game by playing a across multiple modes before diving into multiplayer, but Mercenaries isn't going to be barred off from new players.

The console version of World of Tanks isn't simply a port from the PC version, as many likely expected. This version was built from the ground up by a team with console development pedigree and Mercenaries is the result of honing in on the desires of a console community. We'll be diving into the game and sharing more from the press event hosted by Wargaming, so stay tuned to Shacknews for more.