How should Xbox make best use of the new family of AAA game development studios?

Ever since the Microsoft/ZeniMax (Bethesda) deal was revealed there’s been talk of which Microsoft IP would be best taken up by each of the numerous studios. Maybe MachineGames could develop a gritty yet humorous Conker shooter, id Software a Halo spin-off, Arcane Studios a new Shadowrun, and Bethesda Softworks a sprawling Halo-universe RPG. That’s not even considering ZeniMax Online, Tango Gameworks,and Roundhouse Studios. This, if it wasn’t obvious, is a big acquisition way beyond Microsoft now owning The Elder Scrolls, Doom, and Fallout.

These “dream” game scenarios may have gotten a step closer to reality following Tuesday’s news that ZeniMax is now officially part of Microsoft, but for Xbox the situation and way forward should be pretty simple. To get the most out of these industry-leading studios it needs to simply let them carry on doing what they’ve been doing.

If you read any online discussions about Xbox you’ll generally find someone chiming in with a comment along the lines of “I don’t like Xbox because the games are all shooters,” or “Xbox games are all Gears, Halo, and Forza,” and “Microsoft doesn’t make big single-player Game of the Year contenders.” I don’t think this is true (in 2020 Xbox Game Studios released Ori and the Will of the Wisps, Gears Tactics, Flight Simulator, Tell Me Why, Bleeding Edge, Battletoads, and Minecraft Dungeons – some of which rivalled the best games released that year), but perception is a big problem for Xbox and something ZeniMax titles will go a long way to fixing.

The release slate is a bit muddied due to Sony’s deal with ZeniMax that means Death Loop and Ghostwire: Tokyo are timed console exclusives on PS5 (they are coming to PC, too, with a chance they’ll be on Xbox Game Pass for PC), but if you look at what’s announced and what is likely coming, the future looks exceedingly bright. As well as the aforementioned two titles likely coming to Xbox consoles in 2022, the line-up could be immense. Starfield, The Elder Scrolls VI, Fallout 5 (probably), a new Doom, Dishonored (or whatever Arkane wants to do quite frankly), Wolfenstein, and even that upcoming Indiana Jones game that fits in somehow. Lots of those could be seen as potential Game of the Year contenders, the likes of which Xbox doesn’t currently have – and as has now been clarified, most of these will be exclusive to Xbox and Game Pass platforms. 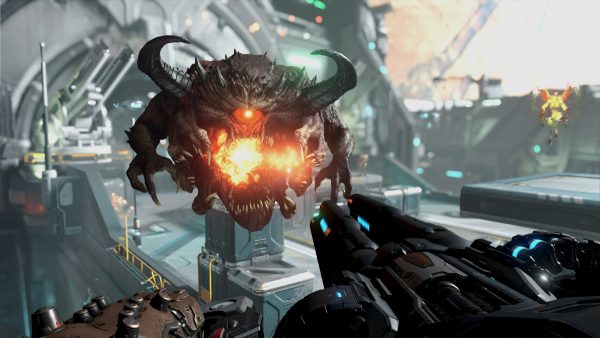 Microsoft and Xbox have got a ton of internal studios now, some of which are no doubt working on cherished IP, such as The Initiative’s Perfect Dark game, so there’s really no need to suddenly throw a catalogue of semi-famous characters and brands at the new ZeniMax teams and make them pick. Yes, I’d love a new Conker, a Banjo, a PGR, but I don’t want any of the ZeniMax studios to make them. As an Xbox owner I’m just excited about the prospect of getting even more quality games delivered as part of my Game Pass subscription. Games that I would have otherwise bought outright. I mean, I’ve bought Skyrim three times, and it’s a game I don’t even like that much!

Thanks to this deal, Xbox now has a stable of incredible studios and games. With the majority of big-hitters in the future now exclusive to its platforms it surely would be a rare case for someone who plays games regularly not to now have some interest in the Xbox ecosystem. People have been wanting more from Xbox first-party games, especially since Sony delivered hit after hit on PS4, and this is it. It’s no doubt the biggest play the firm has ever made to gain new users, and those people haven’t been sitting out due to a lack of new games from legacy IP.

As has been the case with Xbox for a number of years now, the proof is in the pudding. On paper the combined list of Microsoft studios should make for quite the delicious spread of cakes. Hopefully they’ll be tasty and delivered conveyor belt-style at a regular cadence directly into my mouth (Game Pass account). For western consumers it’s hard to think of a bigger play Microsoft could have made, outside of ridiculous fantasy deals that only exist inside online forums and comment threads.

The post Microsoft should keep Bethesda away from legacy Xbox IP – Here’s why appeared first on VG247.