For an ever-improving service game like Sea of Thieves, Game Pass seems like where it’s always belonged.

When Sea of Thieves first released, I liked it well enough – but I also thought it was probably going to end up struggling. It had strong ideas, and a whole lot of developer Rare’s trademark heart, but it also just didn’t seem like… enough. It felt like it was destined to be another one of those service-like games that’d be good, but ultimately sink, unable to hold player interest.

That was what happened to me. After some riotous fun online, I fell off Sea of Thieves. Until, years later, I returned – and that return is further proof that this sort of game can thrive and be given a thrilling new lease of life by services like Xbox Game Pass.

To be fair, Rare itself has downplayed the role of Game Pass in Sea of Thieves’ enduring success. A few months after its 2018 launch, Sea of Thieves’ producer said that the number one factor in its success was it being taken up by streamers and content creators. And it’s true that with its emergent, non-scripted, anything-can-happen seafaring jaunts, Sea of Thieves is a perfect fodder for streaming. But for me, as the game approaches its third birthday, Game Pass feels critical to its continued relevance and success

There’s a logic to this. I played plenty of Sea of Thieves at launch, but in the end meandered off before I reached the game’s juiciest content. It was a fun experience, but also undeniably short-lived. But the nature of this title – online multiplayer focused, open-world, emergent, and in receipt of constant updates – means that it’s perfectly suited for a subscription where you can dip in and out guilt-free. With a full-blown game purchase, you always feel like you want to get that $50, $60, or in the new generation $70 experience the first time you play it, just in case you then don’t ever replay.

That’s often where games with a live angle end up hitting trouble for me. Square Enix’s Marvel Avengers game was a decent, fun single-player experience, but I felt like that solo journey suffered in service of rolling multiplayer ambitions. That’s another game that I wouldn’t necessarily recommend at $70, but that’d become extremely attractive as part of a subscription. In the recent Bethesda purchase, Elder Scrolls Online seems like it’ll also slot into this same category. 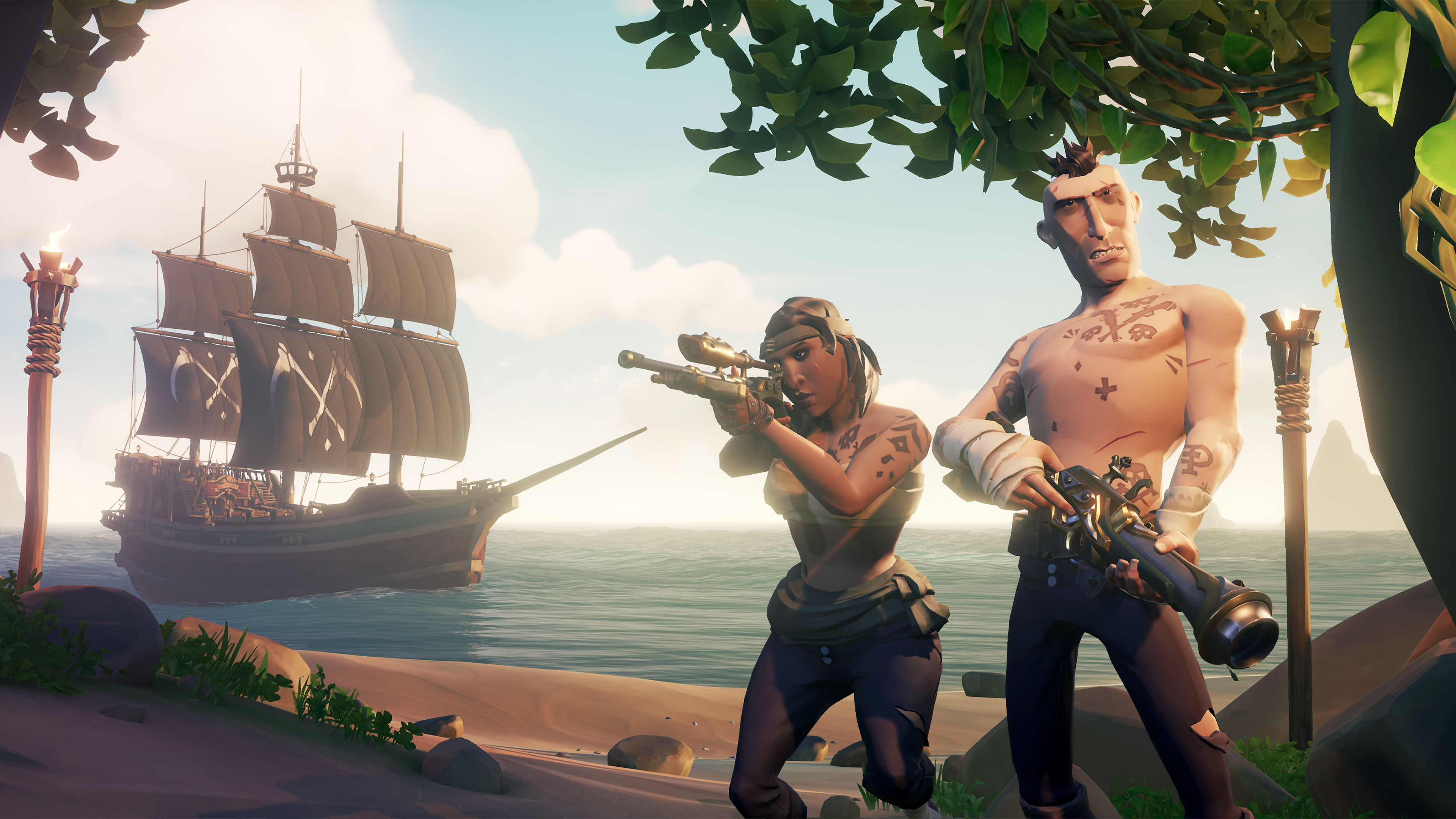 In Game Pass, I didn’t feel burned by the initial offering Sea of Thieves put forth. I played it, had what I’d describe as a fun little dabble across its oceans and islands, then forgot about it. I didn’t feel the pressure to squeeze it dry of content to get my money’s worth, which helped to hide some of its earlier deficiencies. Many months later, scanning through available games on Game Pass, I decided to drop in again. It had improved with a variety of expansions, and had a bunch of cool new cosmetics. When the new Xbox consoles arrived, I once again dropped in to experience the new-gen updates and new ongoing seasonal events.

This time, I dragged friends with me. These were people who’d skipped it at launch based on the media and social buzz; people who didn’t have Game Pass in those earlier, more limited days of the service. But now, they could happily give Sea of Thieves a go risk-free as Game Pass converts. Perhaps inevitably, several of them fell in love with it. It also became a perfect example of Xbox’s cross-platform strategy, with my group of pirates split across console, PC, and even cloud play. By existing inside a subscription like this, promising service and online driven games have a stronger opportunity to grow, away from some of that ‘thrive or die’ pressure that so often crushes titles in this space.

Anyway, in the year 2021, as it nears its third birthday, Sea of Thieves is more brilliant and seemingly more successful than it’s ever been. It might be the best Game Pass game – but perhaps not in the way you think. Even in Rare’s catalogue there are better individual games in Game Pass (Viva Pinata and Perfect Dark are in Game Pass, for god’s sake), but none quite fits the service like Sea of Thieves. The style of the game and the way it’s built just slots perfectly into the sort of less-committed play a subscription service unlocks – and as it enters its fourth year, it just keeps getting better.

The post Sea of Thieves is the ultimate proof that subscription services like Xbox Game Pass are a winner appeared first on VG247.