Three new species of beetles in Australia have been named after Pokemon‘s iconic trio of legendary birds from the first generation of monsters: Articuno, Zapdos and Moltres.

Professor of entomology at Eastern New Mexico University (ENMU) – Dr. Darren Pollock – and Yun Hsiao, a PhD student at the Australian National University, have made some Legendary Pokemon real after they’ve named some newly discovered beetles after Gen I’s Legendary birds – and it’s all thanks to the scientists’ familiarity with the series when they were growing up.

The newly-named Binburrum Articuno, Binburrum Moltres and Binburrum Zapdos were identified and named in a research paper published in The Canadian Entomologist in December 2020 (thanks IGN). 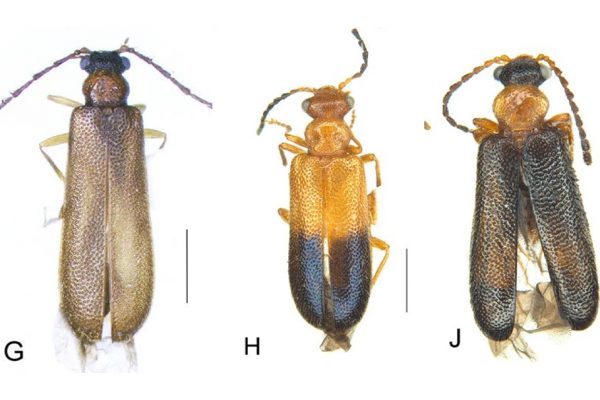 The three new species of Binburrum (in order): B. articuno, B. moltres and B. zapdos (all from Australia) Credit: EMNU

“The choice of a name for a new species is not trivial; it must be different from any other described species,” Pollock explained in a statement over on the University’s website. “One of the ways to ensure this is to make a name that nobody would ever have come up with before.

“Yun says that he was an aspiring Pokémon trainer when he was young, and so, because of the rarity of the specimens of the three new species, he suggested that we name them after the three Legendary bird Pokémon.

“Naturally, I thought that this was a great idea, and so, the new species which were unveiled to the world in 2020 are Binburrum articuno, Binburrum moltres and Binburrum zapdos – all with Hsiao and Pollock as the authors.”

If you like the idea of art influencing life and making the pages of scientific journals in this way, then there’s more good news to come: the duo intent to name more newly announced species after Pokemon in the coming months and years (if their work aligns with their plans, anyway).

“We already have plans to describe more new species of this genus that have turned up since we finished the paper, with perhaps more Pokémon names,” Pollock concludes.