Meaty Hides are a crafting item in Monster Hunter Rise. You can probably guess from the name what you have to do to get one: hunt and carve monsters.

What are Meaty Hides in Monster Hunter Rise?

Meaty Hides are carved from the bodies of Zamites, a small monster (allegedly, it’s more like medium-sized) native to the Frost Islands. 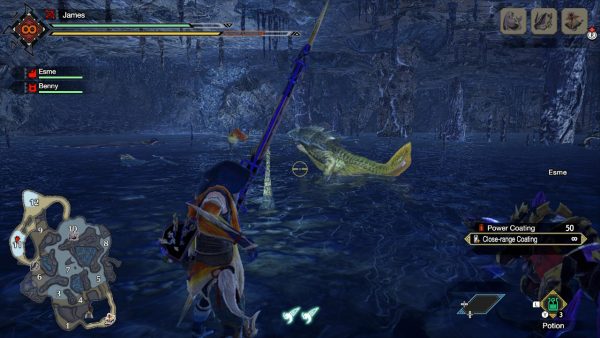 Unlike the Kelbi and Anteka you harvest Warm Pelts from, Zamites are actually a bit aggressive. So at least on this occasion you won’t be chopping up harmless herbivores, but a parasitic predator. They still don’t pose much of a threat to you, though, so there’s no special method required to hunt one.

Where to find Meaty Hides in Monster Hunter Rise

Zamites stick close to the watery regions of the Frost Islands, particularly areas 8 and 10 on the north-eastern edge of the location, and area 11 on its north-western side. 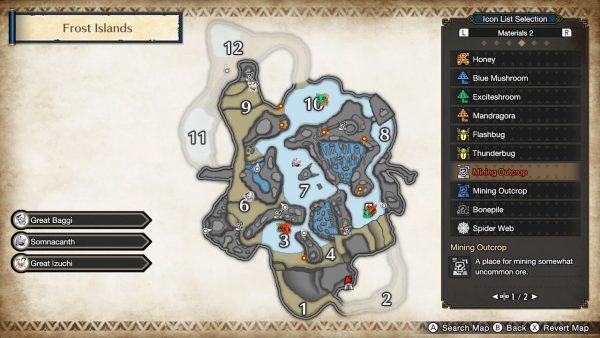 Each Zamite has only a 38% chance of dropping a Meaty Hide (rising slightly to 40% for High Rank Zamites) when you carve them. Those aren’t terrible odds, but it’ll probably take a few tries. 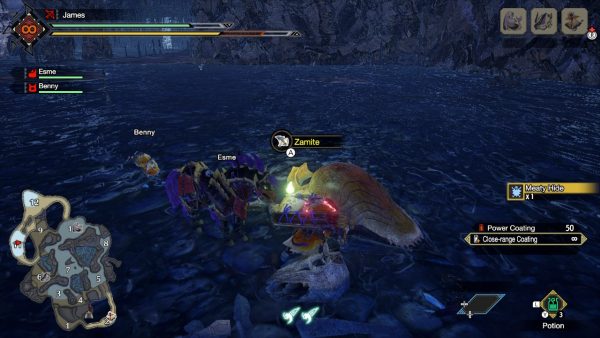 They also respawn quite quickly if you leave and re-enter the area. Therefore, a good efficient farming method for this resource is to travel between areas 8, 10, and 11 in Expedition Tour mode until you have what you need.

What can you craft with Meaty Hides in Monster Hunter Rise?

Meaty Hides are, as far as we know right now, exclusively used in crafting armour sets. 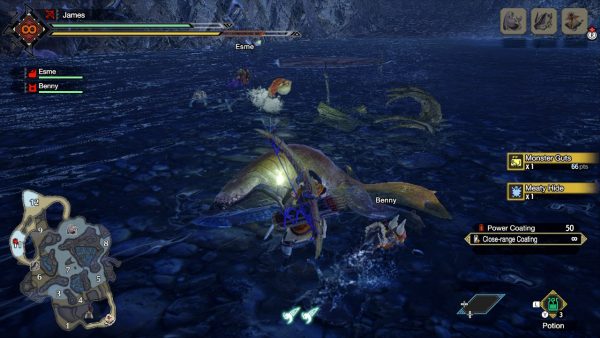 To compare armour sets like the ones you’ll be crafting with Meaty Hides, check out our guide on best armours for the early- and late-game.