Paralysis Sacs are a material in Monster Hunter Rise. Despite their aggressive-sounding name, they’re mainly used for crafting clothing. Don’t worry though: you’ll also have the opportunity to craft one very mean paralysis-dealing weapon.

What are Paralysis Sacs in Monster Hunter Rise?

Paralysis Sacs are dropped by Low Rank Volvidons. These large monsters are hostile to your attempts to gather their resources and, unsurprisingly, fight back with a paralysing attack. 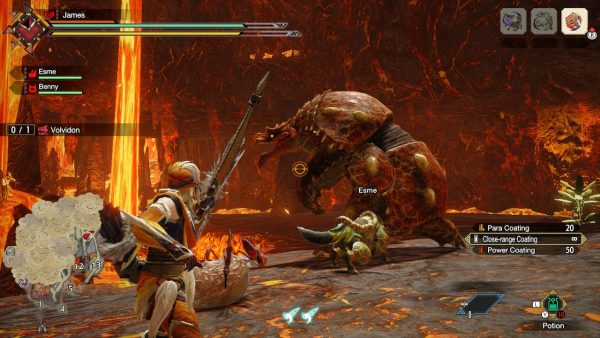 As you might suspect, these monsters aren’t the easiest to hunt — as their 4-Star threat level attests.

Where to get Paralysis Sacs in Monster Hunter Rise

You can find Volvidons in two locations: the Sandy Plains and the Lava Caverns. 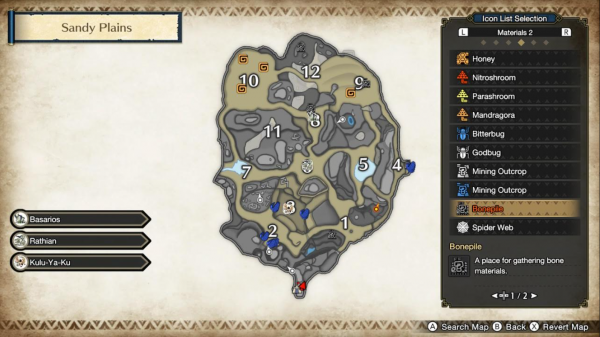 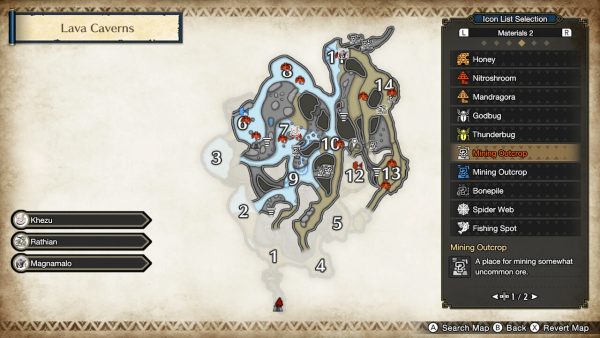 Volvidon is the first 4-star monster you’re sent to find in the Lava Caverns. Speak to Hinoa the Quest Maiden to replay the mission, or check the Lava Caverns Expedition under Village Quests for a guaranteed encounter.

How to most efficiently farm Paralysis Sacs in Monster Hunter Rise

You don’t actually need to kill a Volvidon in order to collect its Paralysis Sac. In fact, you have better odds of collecting the item you need if you take one alive.

The chances of a Volvidon dropping its Paralysis Sac when captured are 22%, as opposed to just 16% if you kill it (rising to 17% from carves). Unfortunately, there’s currently no way to further increase the odds of obtaining a Paralysis Sac after the considerable pains you go to in hunting a Volvidon. 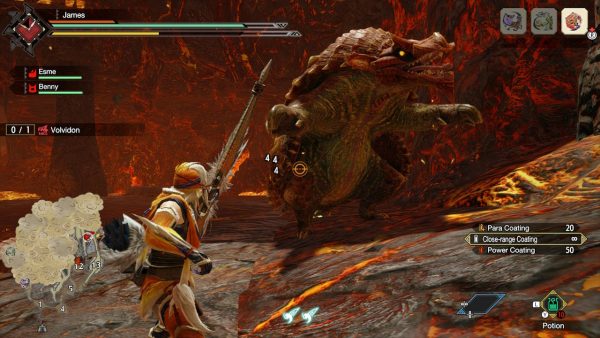 As ever, our advice is to go on Expedition Tours when your aim is to gather a lot of resources for crafting.

However, if you need all the Paralysis Sacs you can get, it’s worth keeping in mind that some quests in the Lava Caverns will allow you to collect a one as part of the mission loot.

What can you craft with Paralysis Sacs in Monster Hunter Rise?

Luckily, wearing these clothes won’t paralyse you. However, if you’re hoping to utilise Paralysis Sacs against your foes, you will get the chance: they’re also used to craft the Grim Cat, a Switch Axe weapon that deals additional paralysis damage. It also unabashedly borrows its aesthetic from Alice in Wonderland’s Cheshire Cat and looks very, very cool.

For more on Monster Hunter Rise, check out our guides hub and beginner tips page.

To see how the Volvidon set stacks up against the game’s other armour, see our guide to the best early- and late-game armours.