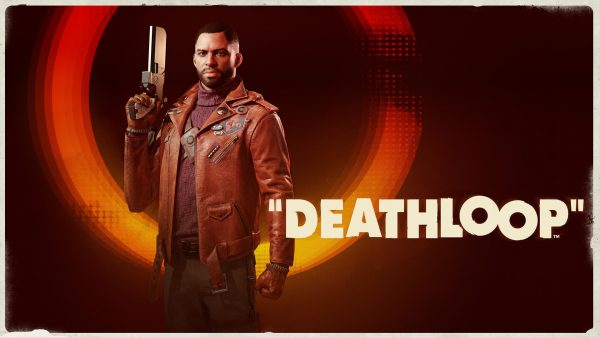 Have the Deathloop previews and trailers gotten you excited for Arkane Studio’s latest game? Here is where you can get your Deathloop pre-order in!

Deathloop may have originally been delayed, but that September 14 release date is coming up faster than you’d think for the PC and PS5 exclusive. Whether you want the standard edition, one of the special editions, or want to know the pre-order bonuses, we have you covered.

If you want the full Deathloop experience, you’ll want to pick up the Deluxe Edition. The Deluxe Edition costs 20 dollars or euros more than the Standard Edition, but you’ll get an OST selections soundtrack, two trinkets, and the special character and gun skins in addition to the standard Deathloop preorder bonuses.

In addition, Best Buy and GAME have an exclusive steelbook that comes with both the Deluxe and Standard Editions of the game. If you’re all about swag and steelbooks, you don’t want to miss an additional goodie!

Deathloop Deluxe Edition in the US:

Deathloop Deluxe Edition in the UK: 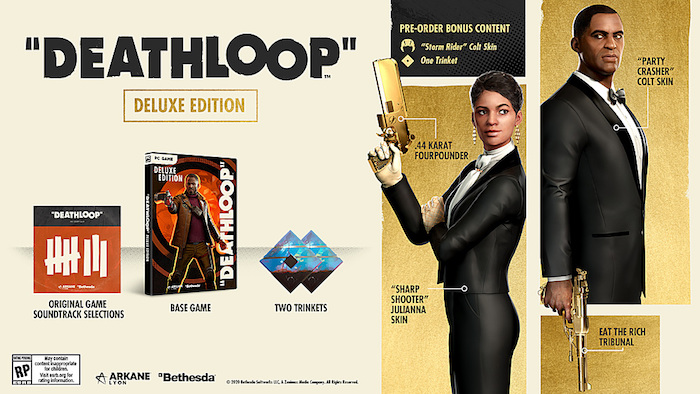 Pre-ordering the standard edition of Deathloop will still get you some nice pre-order bonuses. You’ll get the Storm Rider skin for Colt, a special machete, and one trinket.

Like the Deluxe Edition, you can also get the exclusive steelbook at Best Buy in the US or GAME in the UK. Also, it’s important to know that in the UK, the PC version of Deathloop is £10 less at GAME than over editions, but there is no steelbook included.

Deathloop Standard Edition in the US:

Deathloop Standard Edition in the UK: 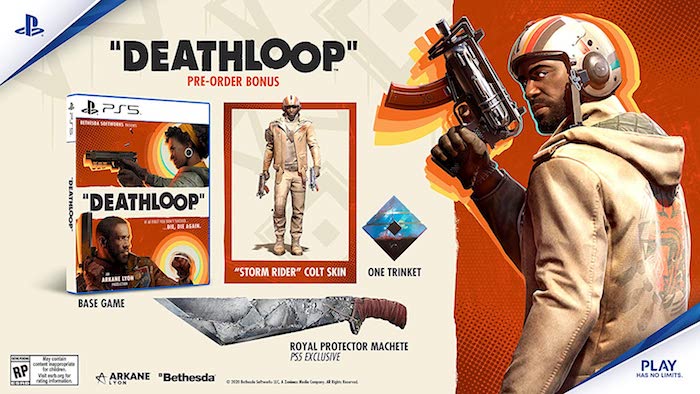 Want to know about all the hot gaming deals as they’re happening? Give Jelly Deals a follow on Twitter! Or, head over to the Jelly Deals site for regular buyer’s guides and features on all sorts of tech, entertainment, and more.