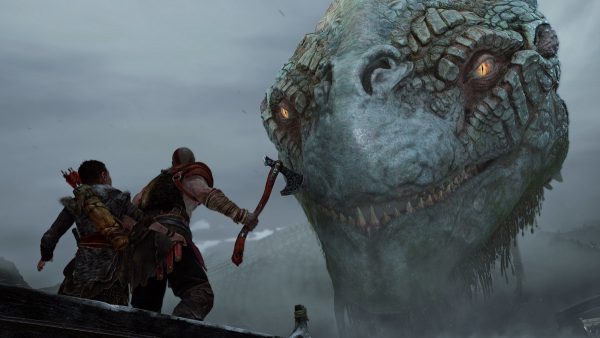 It looks like Sony isn’t making a God of War film or TV show, despite the company’s foray into more game-based projects, a spokesperson has said.

Though Sony has a lot of films based on video games in the works, God Of War isn’t something the company is bringing to the big screen any time soon.

Big PlayStation franchises, such as Twisted Metal and Ghost of Tsushima, are making their way off consoles and into other media, but for now, Cory Barlog’s recently-rebooted take on God of War isn’t set to make the leap itself according to an interview with the New York Times. That’s not too surprising, either – the last solid information we heard about the rumoured project was reported almost a decade ago.

An unnamed Sony spokesperson confirmed to the outlet that God of War will be staying on PS4 and PS5 for the time being, despite the publisher’s success on other projects in the wider media landscape.

The article also comes with a couple more details regarding the upcoming Uncharted movie, too, showing off Tom Holland as Nathan Drake and Mark Wahlberg as Sully. Take a look at that above. Holland has previously described the Uncharted film’s script as “one of the best” he has ever read. Antonio Banderas is also slated to appear in the film, but it’s not clear who he is playing just yet.

If you prefer your Uncharted projects in their more traditional formats, you’ll be pleased to know that rumors point to Sony’s newly-formed and secret(ish) San Diego studio working on the next entry in the Uncharted series.

The post No God of War film or TV series in the works, says Sony appeared first on VG247.