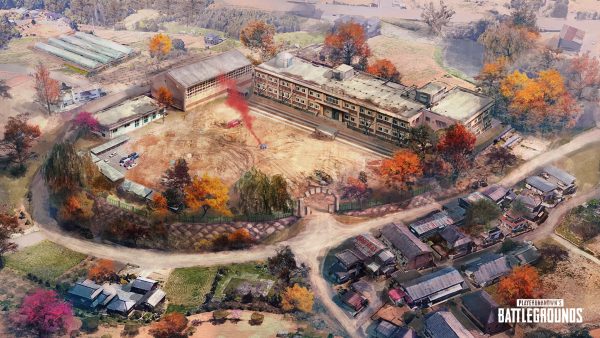 PUBG is bringing back big maps, and one big new feature.

Krafton has big plans for PUBG in 2021 and beyond. In a development update, the studio outlined the broader strokes of the new content coming to the game over the coming months.

This year, Krafton intends to introduce two new big maps to PUBG. The game’s third 8×8 km map, codenamed Tiger, will arrive later this year. In recent years, PUBG moved away from the large 8×8 km maps that defined its early days, but Tiger represents a return to this style for the studio.

Tiger will be the first map based on Korea, where the Krafton hails from. Not much is known about Tiger, but Krafton revealed that it’s going to be the game’s first map to allow players to respawn after dying. This contentious mechanic has become a staple of other battle royale games, but PUBG never really seriously flirted with the idea, until very recently.

Over a month ago, Krafton demoed an early version of respawning on the game’s experimental branch, PUBG Labs. Respawning was available on the Paramo map for just that test, and it functioned on a cycle not unlike what you might find in a normal TDM match, with players simply coming back to the match after a set time. It’s not clear if this is going to be how respawning works on Tiger.

Also set for release later this year, or early next year, is yet another 8×8 km map. Codenamed Kiki, though it is much less further along in development compared to Tiger. Kiki sounds like it’s going to be PUBG’s most interesting map yet, with an urban metropolitan setting of “massive skyscrapers” and “underground labs”.

Kiki’s diverse environments will also include various other locations not found in any of the game’s other maps, such as underwater buildings and subway stations.

In the more immediate term, the Miramar remaster has arrived on the game’s test servers on PC. This version of Miramar brings the desert map’s visual quality up to the standard set by the Erangel remake and PUBG’s more modern maps. This doesn’t just manifest in new lighting and updated assets, you’ll also find the new Miramar to be less cluttered, with clearer outdoors and indoor areas.

For more on what you can expect from the new Miramar, and patch 12.1, head to PUBG’s official blog.

The post PUBG is getting two 8×8 maps this year, one of which will introduce respawning appeared first on VG247.