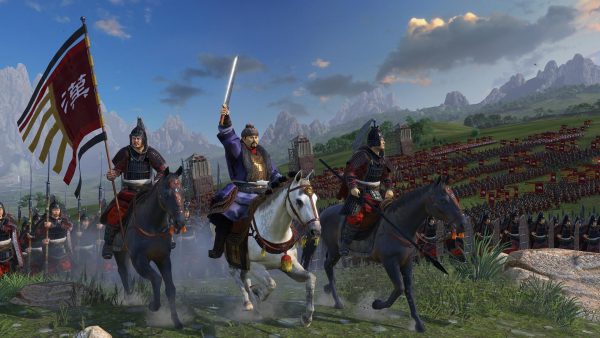 The Creative Assembly team behind Total War: Three Kingdoms has finished with extra content for the game, so it is moving on to another project.

Now that DLC content for Total War: Three Kingdoms is complete, Creative Assembly, the team has transitioned onto another project based on the Romance of the Three Kingdoms novel.

As outlined in the latest developer video, the team will share more of their direction and scope for this new project when they’re able.

The studio said it was time to turn its attention to a new project in the historic tale.

“After two years and seven DLC releases, the team at Creative Assembly is looking at the future of Three Kingdoms,” said the studio. “The development team has transitioned into pre-production for our next entry in this universe and we can’t wait to continue this journey with you.”

For now, the team has indicated that they will be “increasing focus on this novel’s rich cast of characters and their individual and unique narratives, taking the core of what made Total War: Three Kingdoms so special and pushing it further.”

News of the new project came alongside the latest patch for Total War: Three Kingdoms, 1.7.1.

This substantial patch is live and contains numerous community-requested fixes, as well as an important change to the campaign map that sees Mount Song and Hulao pass move to their correct locations. This also allows for some additional improvements to areas around the Yellow River, preventing players from getting past gate passes quite so easily.

Alongside the new game news and patch release, Sega has announced a Complete your Collection bundle, which allows you to fill in any gaps in your Three Kingdom’s DLC library at a further discount.

This offer will go live alongside the 1.7.1 patch and will end on Thursday, July 8.