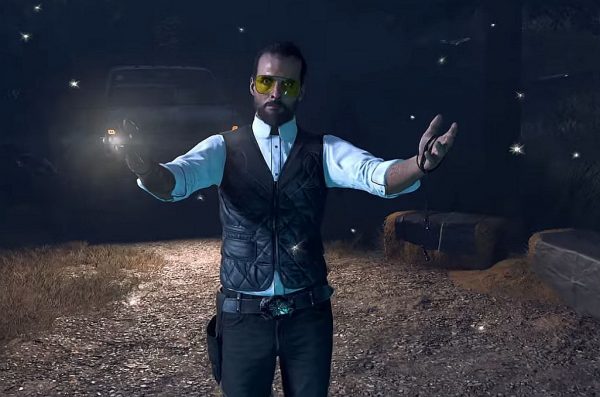 Looks like previous villains from the Far Cry series will be playable in Far Cry 6.

This is according to a season pass video for Far Cry 6 that leaked overnight. The video has since been taken down by Ubisoft, but a reddit user was able to grab a clip of it in time.

It seems the ability to play as these characters might be some form of hallucination.

We’ll likely find out for sure later today during the Ubisoft Forward event which kicks off at 12pm PT, 3pm ET, 8pm UK.

The game will release on October 7 worldwide on Xbox Series X/S, Xbox One, PS5, PS4, Stadia, Amazon Luna, and for Windows PC exclusively on both the Epic Games Store and the Ubisoft Store and through Ubisoft+.

Pre-ordering will provide access to the Libertad Pack which includes the Libertad Outfit and the Discos Locos, a weaponized disc launcher that will make enemies dance on their own graves. If you purchase the game on Xbox One or PS4, you will be able to upgrade to the new-gen version at no additional cost on the Xbox Series X/S and the PS5.