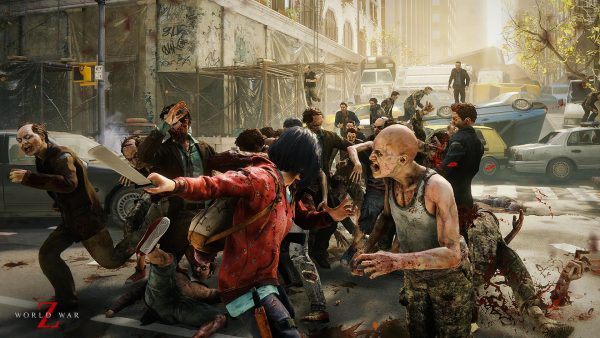 Saber Interactive is not done yet with World War Z content.

Aftermath also introduces a couple of big features, such as the revamped melee system, which allows players to dual-wield melee weapons and effectively use them against zombies. The new melee system comes with a host of new moves, and new perks that complement this playstyle.

There’s also a first-person mode, which is the first time players will be able to experience World War Z in any perspective other third-person. Finally, Aftermath adds a new class to the game: Vanguard.

Aftermath launches later this year for $40 on PC, PS4 and Xbox One. It will be compatible with PS5 and Xbox Series X/S, and offer 4K at 60fps, but an even more upgraded version of the game will arrive early in 2022. You can also expect Horde XL mode to arrive sometime after launch on PC, PS5, and Xbox Series X/S, which ramps up the number of zombies on screen even further.

If you already own World War Z, you’ll be able to purchase the Aftermath expansion separately at launch for $20, or $30 if you decide to go for the Deluxe Edition – which includes weapon skins and four days of early access.